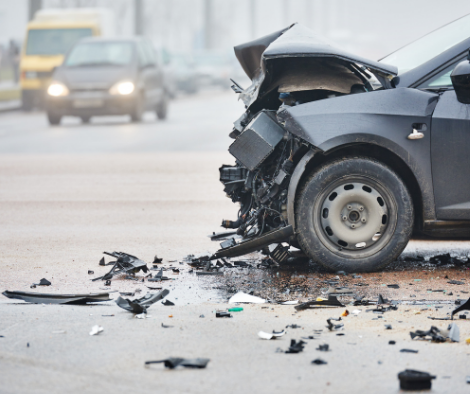 Transportation Secretary Pete Buttigieg talked recently in the online magazine, Slate, about a national trend we’ve written about before. That is, the spike in traffic deaths in 2020 reported by the DOT in its National Roadway Safety Strategy. The final figures are in (we reported slightly more deaths from a preliminary report). It turns out that there were 38,360 traffic deaths during the pandemic.

This is an 8% increase, even though people drove far less than during a normal year. In fact, it was the sharpest increase since 1924! And the trend continued into 2021. All this while traffic deaths in Europe decreased over the same period.

So this brings us to Secretary Buttigieg. He talked about a new federal goal of zero traffic deaths. An obviously impossible goal. But Buttigieg says it helps make the right decisions that create the life-saving policy. And the policy is set in the choices Americans make in their driving.

Here’s a summary of Buttigieg’s approach to reducing traffic fatalities on America’s roadways.

State of Driving and Traffic Deaths in America Today

So traffic deaths have fallen in European countries during the pandemic. But here they’re rising dramatically. Why is that?

Americans tend to drive larger vehicles. And they are more dangerous for pedestrians and cyclists. The ideas from the DOT is to offer more choices for vehicle owners. That could include smaller cars and trucks. And public transportation.

Speed is also a major concern. There is an interesting method for determining speed limits. It’s called the 85th Percentile Rule. It’s a speed that 85% of people will drive on open roads and favorable conditions.

The problem is that the rule is distorted when used on streets in towns and cities. These are subject to intersections, commerce, and pedestrian traffic. Obviously, open roads are not. Buttigieg supports rethinking the rule. And supporting communities that use more relevant formulas for setting speed limits.

Vehicle technology is changing fast. What is available only on luxury cars such as emergency braking and pedestrian automatic emergency braking may end up as basic to every car manufactured in America. This will take time since these technologies are fairly new and untested.

Infotainment systems proliferate on today’s vehicles. We’ve also written about distracted driving. For us at Scalzo, Zogby & Wittig, it’s a major problem. Too many of our insured’s suffer the consequences of others’ distracted driving. The DOT is on this and is serious about setting new standards on interactive screen displays. We’ll see.

What about state versus federal regulation of vehicle safety? States are responsible for speed limits, road design, and drunk driving limits. But there are incentives for states available from the Federal Highway Safety Improvement Plan. Plus the DOT can set a tone for states to use as a foundation for change in traffic safety. And that’s what Buttigieg plans on doing.

Bottom line for Mayor Pete on getting to zero traffic deaths, “…it’s going to be on people who live in states and cities to hold their leaders accountable for setting very clear targets and adopting those strategies that save the most lives. “

Couldn’t have said it better ourselves!