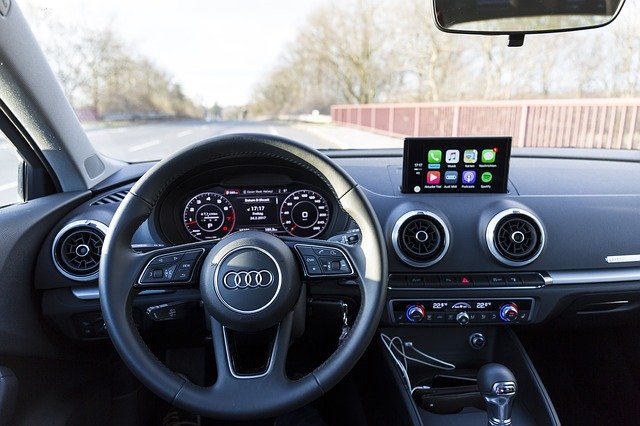 A friend of ours told us that he cancelled his Sirius Radio subscription because it almost killed him!

He had traded in his old car for a leased vehicle that had short term free Sirius. He got listening to the George Carlin station, one of the funniest comedians ever (he said). Well, he’s in New Hartford at the turn for the Shopping Center. He reached over to switch the radio over to George, couldn’t quite find the right channel, and ended up in the left lane. Seconds away from a head-on collision! He got the car over just in time.

And that was it. He cancelled the subscription.

There’s no question that distracted driving causes accidents. These days, people watch for oncoming traffic like they do deer in the Adirondacks. A sudden swerve of a car coming at you can be a death sentence.

And, yes, our friend is “elderly.” If you call being in his sixties elderly. But that may have been a factor. Turns out an AAA Foundation study found that the interactive information and entertainment systems in today’s cars increase the risk for accidents. That’s true of all drivers, but especially for older drivers.

In fact, the study found that older drivers do take longer to complete in-vehicle info system tasks. They divided participants into two groups: ages 21-36 and 55-75.

Programing navigation was the most distracting of all the tasks. Navigation entry took the younger adults 31.4 seconds and the older 40 seconds.

Either way, these systems cause dangerous…often deadly…distractions. People think that because the systems are installed by the car companies, they must be okay to use.

Previous research by the National Highway Traffic Safety Administration found that when a driver takes their eyes off the road for just two seconds, the risk of a crash DOUBLES!

According to Marshall Doney, AAA president and CEO, “Some of the systems on the market now include functions unrelated to the core task of driving like sending text messages, checking social media or surfing the web—tasks we have no business doing behind the wheel.

“Automakers should aim to reduce distractions by designing systems that are no more visually or mentally demanding than listening to the radio or an audiobook. And drivers should avoid the temptation to engage with these technologies, especially for non-driving tasks.”

It turns out that finding George Carlin was too dangerous for our friend. There’s a time and place for comedy, texting, and talking on the phone. And that time and place is not while driving a car.

Relieve Stress, Gain Strength with These Deskercises Identity Theft: Wait a Minute, That’s Not Me!