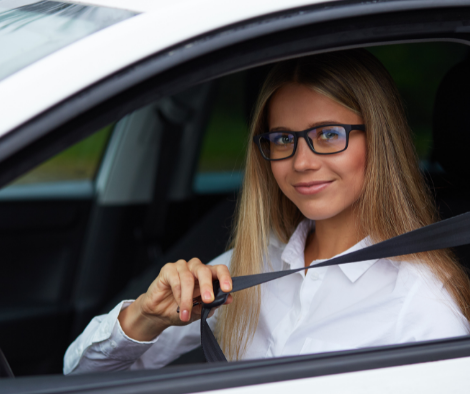 We talked to a friend of ours about seatbelts the other day. He’s in his late 60s, so he remembers his parents’ new car back in the late 50s or early 60s. It was a gray and white Pontiac station wagon. It had a standard transmission on the column and something new…seat belts.

But his mother wouldn’t let him or his brothers and sisters buckle up. She thought being strapped in by the seat belts would be dangerous. And it turns out, she couldn’t have been more wrong.

This attitude about seatbelts is hard to believe. But our friend says he remembers it was common 60 years ago.

Our experience here at Scalzo, Zogby & Wittig, Inc. confirms this. We’ve noticed the number of fatalities and serious injuries we handle have been greatly reduced since seat belt use became law.

Matter of fact, New York State was the first with a mandatory seat belt law back in 1984. And on November 1, 2020, the law was updated to require all vehicle passengers to wear seat belts at all times. Doesn’t matter your age or whether you sit in the back or front.

The idea that buckling up kept you safe didn’t make sense to the Moms in the 50s and 60s. But it’s true. In fact, being ejected from a vehicle during a crash is almost always fatal.

But what about the idea that seat belts can trap you in a burning car? Or under water?

First off, incidents that involve fire or water account for only ½ of 1% of all crashes. Second, you can’t escape fire or water unless you’re conscious. Seat belts give you a much greater chance of being aware and able-bodied enough to get out of trouble.

And air bags aren’t enough. Oddly, air bags can injure or kill you if you’re NOT buckled up. They’re designed in today’s cars to work with seatbelts, not replace them.

Now you might think that if you’re just heading up the street to the grocery store, going 30 or so miles per hour, you’re okay not buckling up. But, again, the stats tell us that isn’t the case. Most fatal crashes happen within 25 miles of home. And at speeds less than 40 MPH.

Of course, as independent insurance agents, auto safety is a major concern. Yes, our claims manager, Cathy LeTray, will help you with the claims process if you get into an accident. But it’s still a hassle. When there’s injury or even death, it’s a tragedy.

One of your best protections against the other guy is wearing your seat belt. Whether it’s a texter drifting into your lane or a speeder running a red light, your chances are better buckling up. Click here for more on the advantages of seat belt use with revealing stats and some important myth busting.

Make it a habit, buckle up and stay safe!

Safer Rides for Motorcycle Passengers Does Marijuana Effect Your Driving?