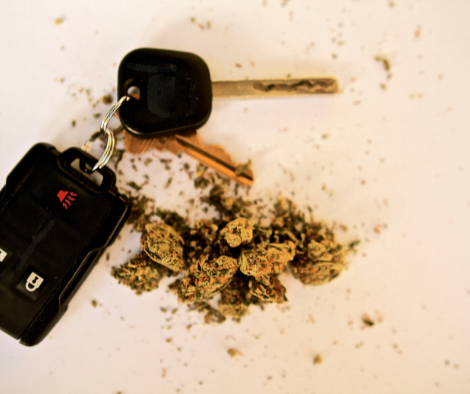 We won’t get into the details of the law. It will be implemented over time and may change along the way. But we can talk about the effects of marijuana on your driving.

Thing is, there is no way you can drive safely while impaired. No matter what the drug. For example, people think it’s okay to drive a car if they have a prescription for medical marijuana. But that isn’t so.

And medically prescribed or not, that goes for other drugs, too. It’s illegal to drive under the influence of alcohol, opioids, methamphetamines, or any drug that may impair driving. Even over-the-counter drugs can decrease reaction times and muddle your thinking.

We checked with the National Highway Traffic Safety Administration to find out more. Fact is, 65% of drivers involved in serious injury and fatal crashes test positive for at least one drug.

What About Marijuana and Driving?

Now that marijuana is becoming legal, people are talking about its effects on behavior. That includes driving. We’ve even seen it said that marijuana use can make you a better driver. The misconception is that you’ll drive slower and more cautiously.

But there’s a problem with that. Research shows that marijuana impairs motor skills, lane tracking, and cognitive functions. And it hurts a driver’s ability to multi-task. For example, signaling a turn while slowing down as you approach a turn.

Studies on marijuana’s effects on driving are not yet conclusive. Not like the study of the effects of alcohol. But in 2020, research pointed to an increase in the use of drugs by drivers.

During the Covid-19 pandemic, alcohol, cannabinoid, and opioid use increased. In the study, between mid-March and mid-July 2020, close to two-thirds of drivers tested positive for at least one active drug. That included alcohol, marijuana, or an opioid.

So more research is being conducted. But the bottom line is, driving impaired by any substance in New York State is illegal and dangerous. So what should you do?

Take the same precautions you would take with alcohol. Don’t drive impaired. Have a designated driver. Wear your seat belt.

So drive safe, drive unimpaired by marijuana (or any other drug) and enjoy a beautiful Mohawk Valley summer!

What You Should Know About Seat Belts Speeding…No Big Deal, Right?