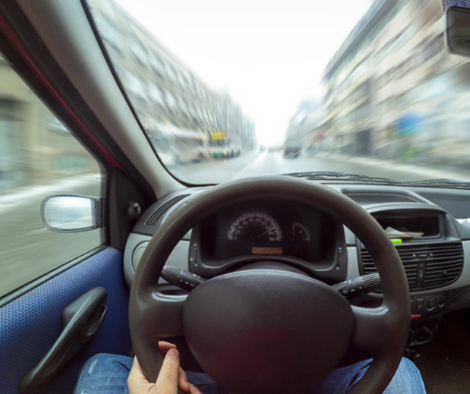 We’ve all done it. Gotten ourselves into a situation where we have to get there fast. We’re late for work, an appointment, or picking up the kids from practice. So we drive over the limit…we speed.

Not a big deal? Not so fast (pun intended)!

In 2018, speeding killed 9,378 people. This meant speeding was a contributing factor in 26% of all traffic fatalities. If you speed, you have a much greater potential for losing control of your car. Your seat belts and air bags lose effectiveness. And you use more fuel.

Drivers get aggressive in response. They speed and frequently change lanes. They get upset at whoever gets in their way. We’ve all seen this happen. Even in the Utica area, which experiences some pretty light traffic. At least relative to other cities in New York State. Anyone who’s driven Syracuse or Albany will attest to that.

Another factor in aggressive driving is running late. As we mentioned at the beginning of this article, it happens to the best of us. Our suggestion is to approach your busy schedule with this attitude: better late than injured or worse!

Aggression also lurks in a driver’s detachment from the outside world. Anonymity causes drivers to feel less constrained. After all, when will they see the drivers in other cars again? So they drive faster than they normally would if forced to comply with a watchful observer.

What Can You Do When Encountering Speeders?

The first thing you should do is give speeding drivers space. There’s no way they can react as well as they would driving the speed limit. So don’t let them also put you in danger.

If you’re getting tailgated, tap on your brakes to let him/her know you’re on to them. If that doesn’t work, let the speeder by. Drive to the shoulder of the road if you have to. Again, there’s no sense in retaliating in any way. You just put yourself in danger and risk serious injury.

The main piece of advice if you’re suffering the behavior of a speeder is not to engage them. Don’t get angry. If you get mad you may lose your emotional balance. Then you drive aggressively, too. That makes for an extremely dangerous situation as both of you careen down the road.

How to Stop Your Speeding Habit

Apart from an emergency, speeding is all in your head. It’s not so much a heavy foot, it’s your approach to driving. Here’s the thing, driving is not a contest. You want to get from point A to point B. It’s not a race where you’re trying to beat the clock.

You know those times when you’re angry that slow traffic causes you to take longer than anticipated? You’re upset that you’re not making “good time.” That’s dangerous. The fix? Start your trip earlier. Getting used to this will make your drives more relaxing.

Also, put yourself in the slower driver’s shoes. Maybe they’re from out of town. Or they’re older, like your own parents or grandparents. Give others a break as you stay cool, using your time in the car to relax.

So whether you’re driving to work or the golf course, give yourself a little extra time. Enjoy the stereo and the solitude. Make your trip enjoyable…and safe.

Does Marijuana Effect Your Driving? How To Properly Display the American Flag At Home