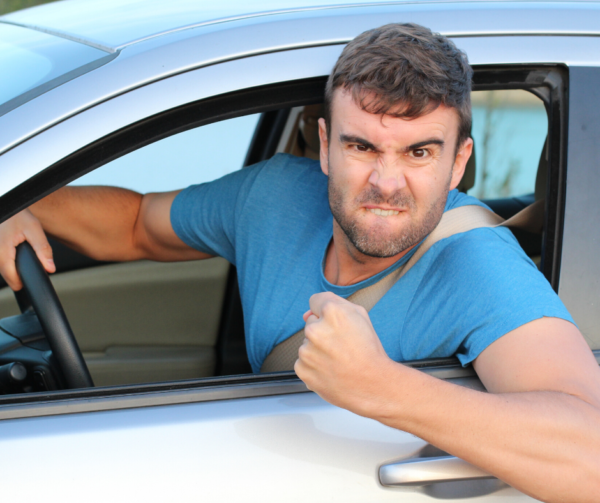 Last week we introduced the scientific method researchers use to understand car crashes. These “naturalistic driving studies” use sophisticated equipment installed in volunteers’ cars. It includes sonar, accelerometers, sensors, and video cameras. If the volunteers get into an accident, researchers have the data recorded by the devices.

Last week we talked about three behavioral issues. Each related to the ability of the driver to see what surrounds her at any given time. In this article we’ll discuss driver competence and mismanagement.

I Can Handle This Car

1. Crashing All By Yourself
There was a study on driver behavior published years ago that we believe still holds true. It determined that 50% of all drivers rank themselves in the top 20% of driver safety and skill. So if everyone is skilled, what causes the slipups that result in accidents?

One is aggressive driving. Constant lane changes and weaving through traffic is asking for an accident. If you follow these drivers, say on Genesee Street in Utica, you’ll notice they do get through the lights faster. But have you ever caught up to them a few lights later? You probably have.

Another is taking a sharp curve too fast. Here in the Mohawk Valley these curves are clearly marked. Warning signs and suggested speed limits keep vehicles at a safe speed…if the driver heeds them.

Our recent heavy rain is an example of the danger of water in the road. Take it too fast and you may slide off the road or into the oncoming lane.

Then there’s road rage. The last place to let out your frustrations, even if justified, is in a moving car. Enough said!

2. You Hit a What From Behind?
Between 23 percent and 30 percent of all crashes are from hitting a vehicle from behind. A friend of ours tells the story about her husband before they were married. His only fault as far as she was concerned was his driving. He liked fast cars and wasn’t afraid to tailgate. In one incident the, “I didn’t see them” excuse didn’t hold up…he hit a fire truck from behind! Right on Genesee Street in Utica.

Fortunately it was just a tap, but it was a valuable (and embarrassing) lesson. From then on, he left plenty of space between him and the vehicle in front.

3. Stay In Your Lane
We feel that distracted driving is so common that you have to always watch out for it. Like you would deer in the Adirondacks. People constantly veering into your lane from the opposite direction. Phones, radios, GPS’s oh no!

30% of all crashes happen when the driver doesn’t stay in their lane. Or on the road at all. Along with technological distractions our minds do tend to wander. It’s tough concentrating on the drive when things are moving smoothly. But paying attention matters in a car, especially if you’re with the kids.

6 Reasons Science Tells Us Why We Crash Our Cars

So in our last post we talked about three dangers that lurk while you’re driving. This week we show you three ways to up your skill level to avoid the, at best, inconvenience of a car accident. At worst the possible tragedy of injury to you or family members and friends.

So be smart, drive safe!

Why We Crash Our Cars: The Scientific Method Part 1 Where is that Social Security Card? Grab the Red File