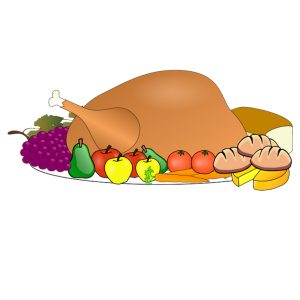 Thanksgiving here in Central New York is one of our favorite holidays. It’s a terrific time for family, football, and a great way to usher in December’s holiday season. Tradition has it that it was the Pilgrims who started Thanksgiving. But that’s not quite true. So we thought this would be a good time to let you in on some tidbits of history that you may not have known. (Check out History.com here to find out more.)

The first official Thanksgiving that we are all familiar with was on the final Thursday of November, 1863. That’s right, it was Abraham Lincoln who proclaimed Thanksgiving, “…entreating all Americans to ask God to ‘commend to his tender care all those who have become widows, orphans, mourners, or sufferers in the lamentable civil strife’ and to ‘heal the wounds of the nation.’”

There were Thanksgiving celebrations before Lincoln’s establishing it as a federal holiday. George Washington issued the first Thanksgiving proclamation in 1789 so Americans could express their gratitude for the defeat of the British in the Revolution and the successful ratification of the U.S. Constitution.

In 1817, New York State became the first state to officially ratify an annual Thanksgiving Day. Other states followed, but the day was celebrated on a different date in each state. It fell to Sarah Josepha Hale, the author of the nursery rhyme, “Mary Had a Little Lamb,” to start the ball rolling toward an official federal declaration of Thanksgiving Day. She started with the idea in 1827 and stayed with it until Abraham Lincoln finally accepted her proposal during the height of the Civil War.

So there you have it, a very brief history of a fantastic day for us all here in the Mohawk Valley. Here’s wishing you a very happy Thanksgiving Day from all of us at Scalzo, Zogby & Wittig!!

Until Next Time,
Your SZW Team

Burglary Prevention: Should You Leave the Lights On? Driving Dangers: Responding to 4 Unexpected Incidents